One day my wife and daughters were at the beach enjoying cups of ice cream and sun and walking out on the pier. My youngest looked over the rail, and bursting with joy, shouted, “How cool! A shark!” Her excitement was absolute and unrestrained.

My older daughter, turned and glanced to where the rascal was swimming below. “Oh, a shark,” she said. It was a statement of fact. No judgment. Nothing extra. Just neutral and true.

My wife, hearing what the girls had said, looked to water and immediately began to scream. “A shark! A shark! Everyone off the beach!”

There was just one shark. But three distinct, credible reactions. Each one appropriate. 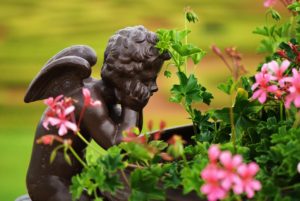 We have heard it so often it has become cliché. Our thoughts about things, really are different than the things themselves. The facts about the world, the sharks that are in it, the facts of our lives, are so tied up with our assumptions and fears, our wishes and perceptions.  If we recognize this, if we learn to sort the “activating event” from the “belief”, then when life happens, we really can decide whether to celebrate or scream.

Of course, we know this at the level of the head. It is a Stoic truth told from Citium to Athens, and from Rhodes to Rome. It remains the central tenet of cognitive behavioral therapy.  But when you are in the middle of it all, when an impetuous boss barks his unreasonable demands, or your teenage daughter rolls her eyes, it is hard to sidestep the anger or frustration. The distinction between “fact” and “thought” is so subtle, so wrapped up in the experience of someone who must live his or her life. I can tell myself that some insecure office clerk with her snide remarks, is not really an ogre after all. That is just my interpretation. Maybe I misunderstood. Maybe this is the only place on the entire planet that she feels that she has autonomy and competence and control.

But this reassessment doesn’t stop me from having to live within the dispersive plain of her wrath. It does not shield me from her patronizing disdain.

When we first set about trying to divine the differences between our “thoughts” and the basic “facts”, it feels clunky. It is awkward and artificial. Something has gone wrong, or someone is insulting or complaining, and I have to sit with a worksheet and pen and diagram the differences between what “really” happened and what I think about it? It can be exhausting.  It is easier to just explode than to have to constantly bracket off our emotions. 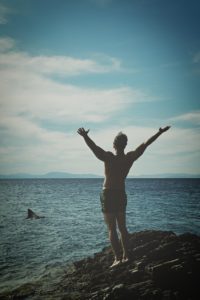 Yet when we start paying attention, it becomes easier to distinguish the simple, neutral events of the world, from our beliefs or assumptions about those events. It becomes a more natural. We start to notice how our thoughts can get in the way of our effectiveness and joy. And while the beast in the next cube may continue her rant, I am in a better spot from which to respond.  It allows me to maintain my center and I can more actively choose how I want to be, and offer a more creative and effective response.