In many ways this is the greatest period of history. Yet ours is a culture of longing.

The world is of course the world, and it is filled with tragedy, hardship, pain, loss and indiscretion.  Yet life expectancy and literacy rates have been steadily rising for decades.  We are richer than the dreams of our parents and grandparents.  Education, health care and clean water are accessible to billions. Our children have more information at their fingertips then Aquinas and the Church fathers had in the whole of their lives.  On a whim we can slip off to the airport and slip on warm socks and awake in a world our ancestors could never have imagined.   Diseases have been cured. Rates of violence have plummeted. 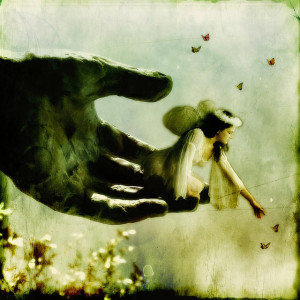 Even when people are inhumanly cruel, they cannot escape the gaze of a caring world.  Time-and-time again, good people raise money, petition governments and mobilize resources to rush to the aid of strangers.

Despite all of this progress, despite the opportunity, despite the persistence of goodness that is evident everywhere, everywhere people are yearning for something.  A sense of malaise and cynicism has risen among all groups.   The trust we once had in the leaders of industry and government has fallen.  In the last ten years, suicide has increased 28% and rates of stress and depression continue to climb.

With every step forward, we walk further away from the truths that once gave us our bearing. The ancient wisdom that once sustained us has either been forgotten or reduced to clichés. We live in a spiritual wasteland.

Even the religions that once sustained us offer little solace.  Religion did not decline because of scientific progress or the cynic’s barbs. “It would be more honest,” Rabbi Heschel noted, “to blame religion for its own defeats. Religion declined not because it was refuted, but because it became irrelevant, dull, oppressive, insipid.”

When the prophets we revere walked upon the earth barefooted or clothed in hemp, they were the radicals and blasphemers.  They saw how their churches and synagogues and temples had become more about rules and creeds, about habit and hypocrisy, than about truths we need to live in this world.  And as we go about our every day-after-day, trading serenity for productivity and meaning for entertainment, every second is filled.

When Alexander the Great was busy “seeking ends of the world and the Great Outer Sea,” he came upon a naked priest meditating on the shores of the Indus river.  The legend varies from storyteller to storyteller, and across time, language and culture.  But this meeting of a Macedonian king and ash-covered prophet was a meeting of two separate truths; truths that are each needed. 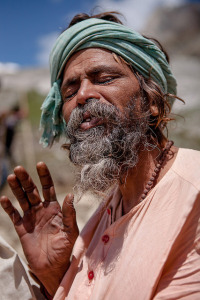 Alexander looked at the gymnosophist sitting there, impoverished, rags over the rib-thin body, and asked what he was doing.  “I am experiencing nothingness,” said the gymnosophist.  “What are you doing?”  “I am conquering the world,” responded Alexander, and they both laughed. They each thought the other was a fool.

Naked sadhus, Saan bushman and Australian aborigines will never hang satellites over the clouds or build microchips the size of a grain of sand.  Yet as Matthieu Ricard teaches, so much of western science is a major response to minor needs.  “We spend all of our lifetime trying to live to be 100 without losing our teeth,” Wade Davis continues. “The Buddhist spends all their lifetime trying to understand the nature of existence.”

Our scientists, empirical and rigorous in thought, can map the sequence of the genome. But it is the wrinkles on the native shaman’s face that map the contours of bliss.   Our business leaders, goal-driven and action-oriented, build industries and profit.  But it is the simple tenderness between people, the quiet moments of giving to those in need, that bring us affective prosperity and a reason for living.

Turn off your telephone. Walk down by the creek bed and listen.  Struggle to find the time-tested truths at the core of every tradition.  The church ladies will scoff thinking that you do not understand.  Your cynical friends will sneer thinking you’ve abandoned thought and reason and sense.  Be patient for they know not what they do.

Wade Davis, The worldwide web of belief and ritual

Devdutt Pattanaik: East vs. West — the myths that mystify

Matthieu Ricard, The Habits of Happiness

Image Credit:  Thanks to Sandeep Achetan and Paree   for generously making this photo and this photo available via the creative commons.