For several years, I have been loosely involved with an online Buddhist community. About a year ago, I began to get more active and made some commitments to the group. I was going to meditate more. I would be more mindful in my eating. One night each week, I would volunteer in the community. I even started to sew a robe.

However, as the days continued to turn and filled with their deadlines and demands, the good intentions began to slip. First for a day. Then two or three. Before I realized it, I had forgotten my commitments and returned to the mindless, thoughtless routine.

There is a certain comfort in routine.  It is safe and easy. Predicable and familiar. But it brings a sort of emptiness too. After a while, I longed for the peace and community again.   I started to meditate. I paid attention to the textures and smells of my food, and to its source. 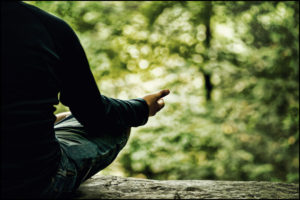 I wanted to return to the site, but was embarrassed.  How would I explain my absence? Not only did I fail to keep my commitments, but I no longer remembered exactly what they were.  I decided that at first, I would just visit the site, read the latest threads, but not announce my presence.

The first post I saw was of one of the members saying goodbye.

I had read and responded to her comments for years. However in the months I was gone, she had received a diagnosis and entered hospice. Now, she could no longer manage the computer and was gracefully closing things.

All the while I had been worried about me: How I would look; How I had made promises and stumbled, as people often do. 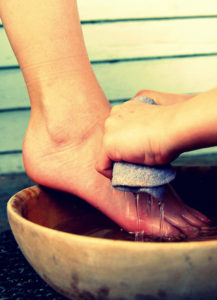 Each of us has a life’s worth of obligations and vulnerabilities. Each of us has our goals and our dreams; goals and dreams essential for an engaged and responsible life.   But life, even our own, is not about us.  We are part of something bigger; a more intricate fabric.  It is softer. It stretches beyond where we are now.

The way we encounter one another – how we listen, how we respond, whether we touch – matters. Soften yourself. Set aside those important things that keep you so distracted. And just hold one another with your gaze, in your heart, and take care of the matters that are bigger than all of us.