Home Care for Community Is This Forgiveness?

Jack Kornfield tells stories of forgiveness, heroic and true. Of Buddhist nuns brutally imprisoned for saying their prayers, afraid only that they would lose their compassion for their captors. Or of the mother who welcomed the killer of her child into her home, and nurtured him and made him kind. They are stories hope and moving forward and of refusing to participate the abrasive cruelty of the world. Kornfield says the response is never about excusing or ignoring or papering over. But is it really forgiveness?

In the face of the harsh things that happen, philosopher Martha Nussbaum, is more cynical. Often, what we call forgiveness is only transactional, she says. “I will waive my feelings of anger at you, if you first confess, prostrate yourself and promise to throw your soul upon a sword.” This is nothing but anger in disguise.  Second, Nussbaum says, when we forgive without preconditions it brings with it an air of moral superiority. “Look and how good and enlightened and kind I am, for having forgiven a sinner like you.”

Instead of forgiveness, Nussbaum says, what we need is unconditional love and generosity. The prodigal son comes home at long last, and we throw the doors open and embrace. The love comes first. The focus is on the hope for the future. 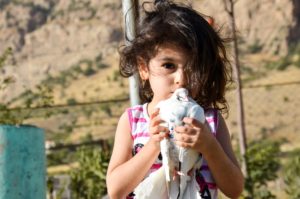 These are exactly the things Kornfield describes – strangers and friends when they are the most magnificent and generous.  It is the ordinary magic of everyday people.  Yet is this really forgiveness?  I don’t know. I am a poet who does not get overly concerned with words.

Nussbaum, it seems, is too cynical. When underdeveloped and puerile, forgiveness can certainly be what she describes. But so too, it can be pure and come without tethers.  And can we ever really live with the generosity and love about which she speaks, without at first reaching some sort level of acceptance or contentment or maybe even forgiveness?

I don’t know. I don’t know if what Kornfield describes can rightfully be called forgiveness. But it is a beautiful way to live in the world, both attainable and sublime. When things are hard, unfair, unjust or unkind, it is practical and courageous and gentle. It helps us to move forward and to embrace life. It helps us live in ways that are good for the world.

Nussbaum on Anger and Forgiveness