News of the World

When my son was still small, we unplugged the television. It had been a source of news and lazy, easy entertainment. It was even a babysitter when we needed a moment of quiet. Our neighbors and the other parents understood, but did not understand. There was a timid awe and a scratching of the head. A knowing nod, and stares of incomprehension.

But whatever idle benefits the television promised, there was too much it took away. We watched our 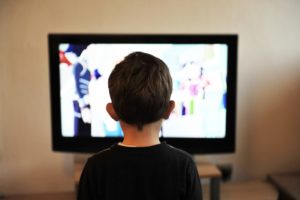 child as he watched the screen. When in the movies a beloved pet died, or it looked like the hero might fall to villains who seemed too real, he was swept away by emotions bigger than his rib-thin frame. Transfixed and transformed by the shimmering images, we sought a new sanity by making things a little less convenient.

Twenty years have passed. The children are all hatched and fledged and flown and we’ve moved to a smaller place.  For the first time in decades, we’ve gotten cable again.  Occasionally I sit on the couch with my wife and some program makes us laugh. Sometimes, there is something on the history channel or national geographic that moves or inspires me.  But mostly, channel-after-empty-channel, I am struck by the shadows flickering on the cave wall. It is worse than I recalled. And somehow, despite not having my news fed to me in high definition, hour-after-hour for all those decades, I did not miss the goings-on of the world. The 24-hour cycle of beautiful correspondents, think tank wonks and cynics are only repeating echoes in a bottomless pit, and they call it news. Yes, it is essential that we report on the fractures and fragilities of life, the tragedies, and the leaders who have betrayed the public trust.

But where is the triumph? Where is the beauty of those who remain vulnerable amid the traumas and manage to find some hope and nurturant community, despite a discontent and hardness to their lives?

The news is not simply sterile facts, wooden and stiff, as if rigor mortis set in where the life should be. The news is not a club to bludgeon the people and politicians we hate. Nor is it the melodramatic 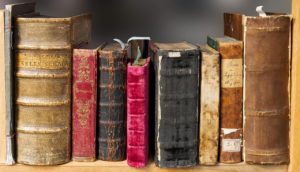 burlesque of life that it has become.  What is lost in the 24-hour race for ratings is the humanity. The humble and gracious recognition that the events and stories of our world are personal and human and cut straight through to the marrow of our lives. Where there is no humanity, the truths will never be complete.

Physician-Poet William Carols Williams wrote, “It is difficult / to get the news from poems / yet men die miserably every day / for lack / of what is found there.”

The quote by Williams is from “Asphodel, That Greeny Flower”.